In this case study featured in the September 2013 issue of Cabling Installation & Maintenance, the Silver Cross Hospital in New Lenox, IL use of General Cable's Cat6 cable to support multimedia applications in healthcare is reviewed.

The Silver Cross Hospital board of directors made the decision to construct an entirely new hospital in 2007. The board decided to construct a 289-bed facility on 76 acres, a project that took nearly four years to come to completion. 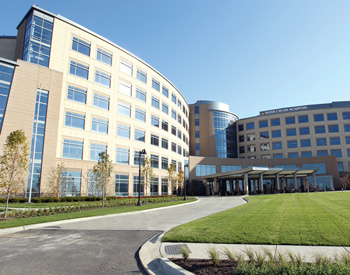 Why redesign the hospital?

Silver Cross Hospital's original facility had been used and expanded since the late 1800's. After the numerable improvements and expansions made to the facility, it was, finally, time for an upgrade. The new design was to feature better patient rooms, facilities, visitation areas and a greater ability to incorporate families into the healing process to provide an all-around better patient experience.

To enhance the patient and visitor experience both in waiting rooms and patient rooms, the hospital needed a complete network infrastructure overhaul to enter the 21st century. The previous facility had no LAN, and very few capabilities for visitors. Connecting to the network was one of the major goals for the new facility. 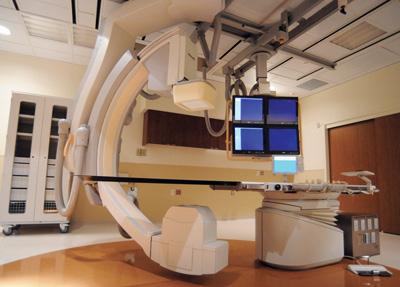 Silver Cross utilized Panduit and General Cable's PanGen 6 network solutions for the horizontal cabling from telecommunications spaces to the more than 9,500 outlets throughout the hospital.

"When we looked at the horizontal cabling, it made more sense to go with Category 6," says Dan Siebert, technical support specialist at Silver Cross. "We realized that Category 6A was going to be a lot more expensive. Furthermore, in looking at how technology is progressing, we see a shift toward wireless and less emphasis on outlying connections to the network due to operating systems no longer residing on end devices. In fact, the majority of our outlets would be adequately served with Category 5e. We saw the benefit of adding the most future-proof technologies at the backbone and data center level of the infrastructure."

The entire facility was designed to meet or exceed ANSI/TIA-568-C.2 Category 6 channel requirements. As such, the horizontal solution installed consisted of more than one million feet of General Cable GenSpeed Category 6 cable used in conjunction with Panduit Category 6 Mini-Com TX6 jacks, faceplates, patch cords and flat and angled patch panels. To further enhance the patient experience, cable television is delivred to patient rooms via more than 80,000 feet of General Cable Carol Brand RG 6/U coaxial cable.

The data center for the hospital was another project entirely. "The backbone and data center infrastructures for Silver Cross consist of a combination of multimode and singlemode fiber-optic and copper cables from General Cable, as well as patch panels, connectivity, cabinets and power distribution units from Panduit. For fiber-optic connections in the data center, Silver Cross selected Panduit’s QuickNet preterminated fiber system. The system consists of 100-percent factory-tested 12-fiber optical trunk cable assemblies preterminated with MTP brand connectors that connect optical cassettes with 6 duplex LC fiber connectors on the front for patching to equipment."

The completed hospital opened its doors in 2012. The hospital now has a data center capable of handling the hospital's needs. New technologies and medical innovations are used at Silver Cross, giving patients the best care possible. Multimedia applications allow video conferencing, digital signage, smart boards, video surveillance, and more. With a stable network to house patient information, paired with LAN and wifi to enhance patient and visitor experience, the hospital has certainly become a perfect example of impementing some of the best technology of the 21st century.

To learn more about the solutions and technologies used by Silver Cross Hospital, view the entire case study here.