Get a Better Handle on Wireless Terminology with Belden

(In this time with many people working from home and depending on cellular and WiFi connections to complete tasks, there's no better time to get familiar with wireless terminology. -Teddi)

Wireless is seeing remarkable annual increases in usage. While this happens, more and more wireless terminology is being used to describe the standards, technology, providers and products that support it. 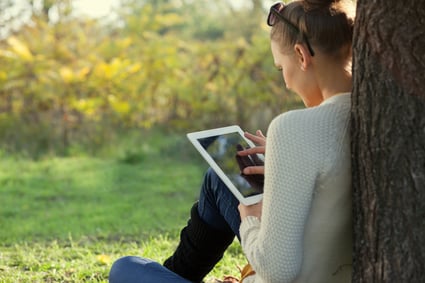 As these terms are used, there’s been some confusion in the industry. What’s the real difference between LTE and LTE Advanced? How are MIMO and massive MIMO different? Here, you’ll find wireless terminology that’s specific to technology, speeds and standards. Consider this your go-to wireless terminology guide.

As the next-generation wireless technology released after 3G, 4G is a fourth-generation mobile communications standard released in 2008 that features faster upload and download speeds than 3G. Sometimes 4G and LTE are used together; sometimes they are separated. True 4G speeds (100 Mb/s download speeds) can only be achieved with LTE.

This fifth-generation wireless technology began to roll out in 2019 and offers the ability to customize services to customers with either increased bandwidth, density and speeds or lower latency as compared to 4G. It’s designed to support technology like IoT, enhanced mobile broadband and autonomous vehicles. It’s one of the most-used wireless terminology phrases we hear right now.

Designed by 3GPP (3rd Generation Partnership Project), 5G NR is a new radio access technology that serves as the global standard for the air interface of 5G networks. When combined with LTE Pro, 5G NR will be able to deliver on any of the 5G initiatives.

Another word to describe a mobile network provider, such as AT&T, Verizon, Sprint or T-Mobile.

Sometimes referred to as Private LTE, CBRS is an increasingly popular, in-building wireless technology that operates on a shared spectrum in the 3.5 GHz range, which, up until recently, was dedicated solely to the U.S. Navy.

By decentralizing data processing and bringing it closer to the location or device that needs or wants to consume it, edge computing improves response times and reduces latency. This enables technology like mobile computing and IoT.

A data speed that represents gigabits (or billions of bits) per second.

A feature of LTE Advanced Pro that can use unlicensed 5 GHz band combined with licensed spectrum to boost performance. LAA shares the same spectrum as WiFi, so it’s important to avoid channels being used by WiFi. To do this, LAA uses Listen-Before-Talk (LBT) technology to determine whether a channel is currently being used by WiFi.

A wireless standard for wireless broadband communication in mobile devices and data terminals, LTE is based on GSM/EDGE and UMTS/HSPA technologies. It provided a path to achieve 4G.

This mobile communication standard is an enhancement of LTE. It provides higher performance and data rates than 4G LTE (1 Gb/s vs. 100 Mb/s download speeds) via carrier aggregation, which combines bandwidth across multiple frequencies. LTE-A is standardized by 3GPP specifications with Releases 10, 11 and 12.

This next-generation release came after LTE Advanced and is based on 3GPP specification (Releases 13 and 14). It offers a data rate of >3 Gb/s, using licensed (400 MHz to 3.8 GHz) and unlicensed (5 GHz) spectrums. LTE-A Pro provides a cost-effective option to support IoT and is considered an intermediate step to 5G.

Massive MIMO groups antennas together (at least 64 [8x8] antennas) at transmitters and receivers for better throughput and efficiency. The more antennas there are, the more possible signal paths there are, resulting in improved coverage, higher capacity and reliability. Massive MIMO is considered a core component of 5G networks.

A data speed that represents megabits (or millions of bits) per second.

MIMO is RF technology that uses analyzes multiple antennas and multi-path propagation to increase robustness and throughput. It sends and receives more than one data signal simultaneously over the same radio channel by exploiting multipath propagation.

A type of interference, PIM is a critical characteristic of components, including cable assemblies and connectivity used in a wireless RF (radio frequency) system. High PIM can result in unwanted noise at the same frequencies as a carrier’s transmit or receive signals. Because this noise can lower the signal to noise ratio, the results can be slow data, poor connections and even dropped calls.

A ratio of the signal and reflections maximum adding (in phase) and subtracting (out of phase). It’s a key coax electrical parameter to determine DAS performance (low VSWR is good and high VSWR is bad). VSWR is mathematically equivalent to return loss. (For reference, a VSWR of 1.15 is the same as a return loss of -23.1 dB.)

This next-generation wireless technology is also known as 802.11ax. Wi-Fi 6 supersedes 802.11ac or Wi-Fi 5. It provides better WiFi performance in device-crowded environments, has faster speeds and is expected to have the ability to connect directly to the central network core. It operates in the 2.4 GHz and 5 GHz bands. Certification began in September 2019.

A new terminology for devices that will offer the features and capabilities of Wi-Fi 6 extended into the 6 GHz band.