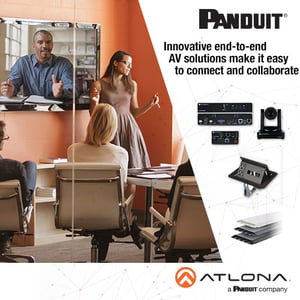 Opened in 2008 as the home of the NFL's Indianapolis Colts, Lucas Oil Stadium is a state-of-the-art multi-purpose facility which seats over 67,000 fans of football, basketball, concerts and national events. After 10 years with their original AV and digital signage system, they needed an update. The DVD players and monitors at remote kiosks required manual control, the monitors in the main 4x4 video wall had begun to fail and older-generation content servers were reaching the end of their operational lives. Lucas Oil Stadium needed a new centralized source and control system for video playback, remote powering and system management. All of these desired updates could be broken down into two phases: a new digital signage network deployment and an engaging video wall installation. To support both phases, they needed a new, more automated, visible, energy-efficient and scalable network.

First, Lucas Oil Stadium moved toward an AV over IP architecture to support the second-generation digital signage network. They leveraged Atlona's networked switching, distribution and control solutions, which also provided a solution to existing signal and distance limitations inherent in legacy systems. Atlona's OmniStream™ AV over IP platform was the ideal choice for switching and distribution over the network. OmniStream integrates with their existing wired infrastructure and operates with multicast transmission applied to each switch, saving bandwidth and eliminating potential device lockups due to high network traffic.