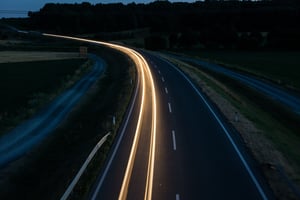 The ProLabs testing regimen goes the extra mile to ensure your optics "work as expected" when installed into the target OEM switch. Which begs the question: what makes ProLabs testing different than the others? First, let's look at the types of testing conducted by transceiver suppliers.

Transceivers are received and simply inspected for compliance with stated specifications and requirements. For many third-party compatible transceiver suppliers, product inspection can take the form of simply inspecting product labeling and packaging to more advanced inspection to include measuring optical output power.

Switch testing is as straightforward as it sounds. Compatible transceivers are installed into a target OEM switch to verify that the transceiver is recognized by the switch and if any alarms are present.

Application testing of compatible transceivers builds upon switch testing to add an optical link component that mirrors the intended application. In practice, that means an optic intended for an OEM "C" switch, with an 80km optical budget would be installed in an OEM "C" switch and connected over an 80km fiber spool to another 80km optic. Application testing results include not only switch compatibility, but also the optical capability of the transceiver.

Frequency of testing, or sample rates, should also be considered. Sample rates are common for testing mass production environments that product one widget after another to the same basic design. Third-party compatible optics are a different animal altogether. Third-party compatible suppliers must support a high variability environment, of more than 50 OEMs and diverse supply chains. Traditional batch or sample testing are not always applicable in a high variability environment.

Batch testing (1% to 10% of production) is common among compatible suppliers by reducing labor required to produce target units, thus allowing for limited operations in-region. The high variability of compatible transceiver configurations does not lend itself to batch testing.

Complete testing of optical transceivers is not common among compatible suppliers. The practice is expensive, requiring high investment in capital equipment and skilled labor. 100% testing lends itself well to the high variability of compatible transceiver configurations.

ProLabs is proud to induce test anxiety on every transceiver they ship to customers. Their transceivers are not only tested in a switch - they are tested to the intended application, offering a quantifiable quality rate of greater than 99.98%.