What Is the Difference Between ASHRAE’s Recommended and Allowable Data Center Environmental Limits? (Part 1)

Despite the ubiquity of references to ASHRAE TC9.9’s guidelines on data center temperatures, there remain questions about the difference between the recommended limits and the allowable limits. The easy answer is that the recommended 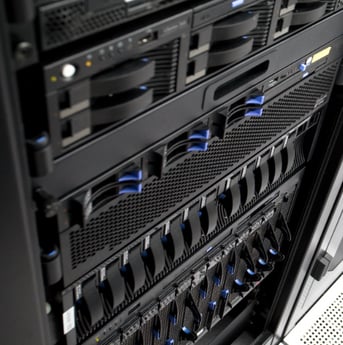 envelope for server inlet temperatures is 18-27˚C (64.4 – 80.6˚F) and the allowable envelope is wider, depending on the server class. But in actual application, what is the difference between a recommendation and something that is allowable? How do you know which to apply? For example, it may be allowable to cross the street in the cross walk, but it is still recommended that you look both ways. More seriously, it may be allowable to play poker with your buddies, but it may not be recommended to do that on an anniversary or your spouse’s birthday. The stakes can get even higher when we consider it is allowable to drive 85 mph on the toll road between Austin and San Antonio, but that speed is not recommended at night when the wild hogs are moving around or during heavy rain. So in the data center, what is at stake and why would we consider operating within the recommended limits rather than the allowable limits?

All too often the question that is being debated or explored has to do with why, when and how much should we allow our data center to encroach into the allowable limits. That is no longer a relevant question: I am going to save a truck load of cash by operating outside the recommended and inside the allowable limits. So the real question should be: why do I want to waste thousands and even millions of dollars of both capital and operating budgets by keeping my data center within the recommended limits?

The first, and probably least understood difference between the recommended limits and the allowable limits is that the recommended envelope is basically an arbitrary number arrived at through a mostly consensus-reaching process among the TC9.9 committee members. The allowable range is a much less arbitrary number closely approximating the user documentation specifications from the IT equipment OEMs. Adding to the confusion is the history of IT equipment sales people telling their customers they should operate their equipment between 64˚F and 80˚F, while handing their customer a specification brochure indicating a warranty temperature range of 50˚F – 95˚F. Imagine a car salesman telling you the car needs an oil change every 3000 miles, but the owner’s manual indicates an oil change is required every 10,000 miles! Or consider a home furnace salesman saying you need to have a service technician come out every month for a check-up/tune-up while the user manual tells us we should have a check-up once a year. It almost makes sense for the car salesman and furnace salesman to tout the need for more services, which would ostensibly be supplied by their companies, but we do not have IT equipment OEMs in the business of selling either air conditioning units or electricity, so why in the world would they make such a fuss about presenting their products in such an unfavorable light? Dell Computers, for one, some 5-6 years ago, finally saw the silliness of this and started touting their new servers as not requiring any air conditioning in over 90% of the data centers in the United States, assuming implementation of decent airflow management. Continue reading