What Is the Difference Between ASHRAE’s Recommended and Allowable Data Center Environmental Limits? (Part 2)

This is part 2 of a three part series on ASHRAE’s recommended vs allowable data center environmental limits. To read part 1, click here, and to read part 3, click here.

What really is the difference between the 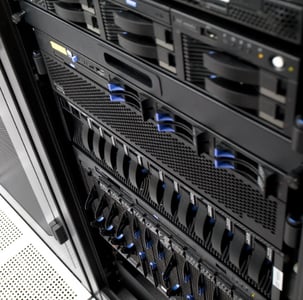 ASHRAE TC9.9 recommended data center environmental limits and the allowable limits? Conventional wisdom might say something like the recommended temperature envelope for server inlet air temperature is 17-27˚C (64.4˚F – 80.6˚F) and the allowable range is something wider than that. The problem with conventional wisdom is that it accepts the confusion inherent with the misapplication of these defining terms. On close examination, I would assert that the recommended limits allow businesses to frivolously waste capital and operating budgets, while the allowable limits ought to be recommended for businesses to honor their fiduciary responsibilities to all their stakeholders and moral responsibilities to future generations.

At this point, most of our readers are well aware of the latest ASHRAE guidelines for server inlet temperatures and are probably at least somewhat familiar with the “X” Factor, so my review will be very brief. After causing some confusion in the industry with the original release of the allowable ranges for server inlet temperatures that could be permitted for some undefined short periods of time, ASHRAE clarified matters some seven years ago by developing the “X” factor, which we could all use to individually determine what was an acceptable short period of time for exposure to the wider range of temperatures allowed for the different classes of servers (A2, A3, A4). The server OEMs on TC9.9 would not share specific information about their product’s failure rates, but they did share information on variances of failure rates based on inlet temperatures. They eventually agreed on 68˚F as the baseline figure, and then agreed on what increases or decreases in that base failure rate could be expected based on server inlet temperatures being either higher or lower than 68˚F. For example, at 59˚F we should expect to see about 72% of the failures we might expect to see at 68˚F and at 77˚F we might expect to see 124% of the failures we might typically see at 68˚F. They published a table with low range, mid range and high range values for each 2.5˚C bin above and below the 68˚F baseline “X”. The original paper in which the “X” factor was launched included a case study for Chicago that showed that a data center without any air conditioning, relying on free air cooling modulated by the whims of mother nature would actually see 1% fewer server failures than a data center that maintained a constant 68˚F server inlet temperature all year long. Continue Reading